I started my Paleo journey, with what is now referred to as a Whole 30, back on Sept. 27, 2010. Initially, this dietary change was to alleviate the many auto-immune symptoms I was experiencing. Every symptom was gone by the end of week three. That’s the power of Paleo.

Since then I’ve remained Paleo. Some days 100%, most 80%, a few…well, it’s best to not focus on those. It’s been a journey of revelation and experimentation. One of the great benefits I’ve received from following a more ancestral way of eating, aside from reversing my AI, has been weight loss. This has been gradual and steady. This was not why I started Paleo. To be honest, I don’t think I would have the willpower to do it just for weightloss without the benefit of the ugly side effects that grains have on my body. Because my primary goal was restoring my health (and maintaining it) I haven’t really been in a big hurry for the weight to come off. I’ve been content to let it happen in it’s own time. This was a huge switch from the old me who wanted everything last week, and I’ve been pondering the possible reasons for this.

First: being deathly sick, in the literal sense, has a keen way of helping you put things in perspective.

Second: rebounding from being so deathly sick in such a short amount of time simply by changing my diet made me feel so good that, for the first time in my life, my weight was not the most important thing to me.

Third: because I have now comfortably fallen into the habit of eating this way and it is now simply The Way I Eat and I no longer have to think about it, I know that the weight will eventually take care of itself. And with all the added years Paleo will give me, there’s no longer the stress I used to feel to “get there”.

To be honest, I’ve gotten very lazy. Paleo has made it so easy to lose weight that I don’t have to do anything but diet. My exercise regimen has been sporadic and unfocused. Certainly, I know that had I worked out regularly the weight would have come off more rapidly and my body composition changed more dramatically, but as I said, my primary reasons for adopting this diet were to reverse disease.  So what prompted me to do another Whole 30 during the month of July? 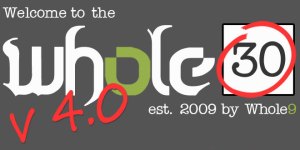 Well, I read Adam Farrah’s article 10 Things That Will Make Your Training Better and suddenly everything clicked. Once my every waking moment wasn’t focused on how sick I was and I could begin to dream of better things again, I had a thousand things that I wanted to do and accomplish, but no clear idea of how to go about it. I used Adam’s outline and created my own fitness agenda. I finally had a map to get from where I was to where I wanted to be. I knew that I would have to refine it and update it as time went on because this was new for me. But it was a start.

One of my first goals was to really dial in my nutrition. I wanted to find out what was optimal, not by the text books or by what the experts say, but by my what my own body says. I had recently hit a slippery slope and found myself indulging more than I should on sugary treats so when I decided to do another Whole 30 I opted to go super strict and do a Sugar Detox at the same time. I wanted to test myself to see just how strict I could live and for how long, and for once I wanted to make some measurable progress. 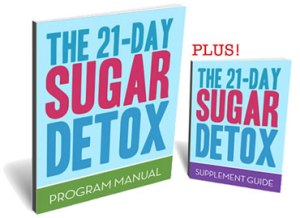 Yesterday was my last day. During the last 30 days I’ve had no sugar, no grains, no dairy, no legumes, and no fruit. The ONLY thing I did that is considered a cheat is weigh myself. I KNOW that the scale is not the only measure of health and fitness. In fact, it is probably the worst measure of it. But it is the easiest way to measure progress during a short period of time. During the last 30 days I have lost 15lbs and a whole size in my pants and tops. BUT that was all in the first two weeks. I made ZERO progress during the last two weeks. Some of this was my fault. On top of Paleo I do Intermittent Fasting regularly. I fast daily a minimum of 16 hours and eat only between the hours of 12pm and 8pm. When I eliminated fruit and potatoes I took my moderate carb intake and cut it to low carb. For the first two weeks this was fine. I was using up my stores and I felt great. I had no issues with energy or cravings at all. Then the third week hit. Every day I was more tired than the day before. By the end of the third week it was all I could do to get out of bed. I realized that I hadn’t replaced the nutrients I had taken out by eliminating those foods. I stopped IFing during the fourth week and was able to make it through, but it was very trying.

So, after all of that. was it worth it? Absolutely. Not only did I make tremendous progress physically, but also mentally. I proved to myself that when I was was cold-hard determined to do something that I could – even when I felt weak. It is easy for others to see how strong you are because they do not have the nearly impossible standards that we set for ourselves. So surprising myself with this accomplishment has been incredibly satisfying.

Would I do it again? Doubtful. Would I do two weeks super clean again? Absolutely. I might even make it a regularly scheduled affair. But another 30 days? I can’t see it happening. Even with knowing what I did wrong in the last two weeks, my body simply does not function well on very low carb and if you don’t have the energy to even get out of bed, you certainly aren’t going to be setting any PRs.

Would I recommend doing either a Whole30 or a Sugar Detox? Without question. I think everybody needs to test themselves every once in a while. You will learn a tremendous amount about both your body and your spirit. And what you’ll discover is that you are far stronger than you think.

This entry was posted on July 31, 2011 by Uri. It was filed under Dailies and was tagged with Adam Farrah, Balanced Bites, Sugar Detox, Whole 30.

An invaluable tool on your Paleo journey!

(This will take you off-site to purchase!)